The fragments on this page and in the list below are included in the Code VBA library. Note that the library contains many more than shown here. Also check out the Code VBA Demo below

Click on image below to start the Code VBA demo screencast to get a quick impression what it will do for you (49 seconds, 600kb). 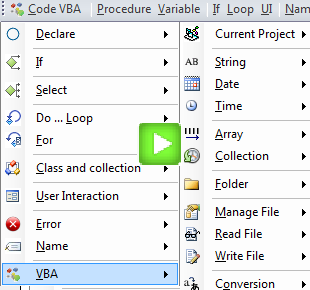 As an example, with the active workheet as in the image above, running the code

in the Immediate window will return . From this we can conclude that UsedRange: